I visited Galilee in early August. The only remaining remanants of the village are the school and an old garage. Galilee was first settled in 1913 when a post office was established. The railroad (1913), stores, a blacksmith shop, and elevators (1914) quickly followed. Sugar Loaf School was built the same year and opened in 1915. Church services were held in the school until the 1960s. The population of Galilee peaked in the mid 1920s and by 1938 people were moving away. The school closed in 1956 and the elevator was demolished in 1960. 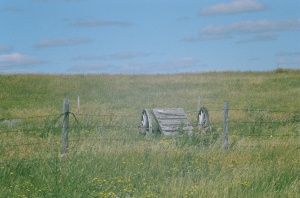 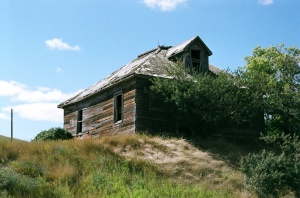 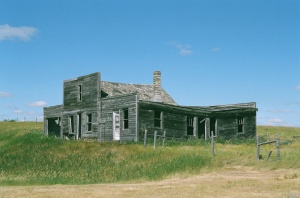