Old Wives (and Old Wives Lake) were named after a Cree event which is believed to have occurred in the 1840s. A Cree hunting party had followed a herd of buffalo into the Dirt Hills. They were surprised by a Blackfoot war party in the area. After a short skirmish, the Cree set camp but realized their predicament. They were determined to die like true warriors. However, the older women suggested they keep camp while the others escaped in the night. When the Blackfoot attacked the next day, the Cree camp held no loot and the older women were sacrificed for the safety of the younger, healthy Cree.

The village was formed in 1900. The post office opened in 1912. There were a few school districts in the area. The first opened in 1916. Bay Island School was established in 1919. The first store opened in Mr. Sheldon’s house in 1920 and moved to a new building in 1930. In 1931 the CPR laid tracks from Archive to Shamrock. A Pool elevator was built in 1933. Old Wives has been a ghost town for several decades. Many of the businesses closed in the 1950s and 60s. Bay Island School closed in 1950 and the store closed in 1968. In 1973 the railroad was pulled and later abandoned. In 1975 the elevator was moved to Bateman. 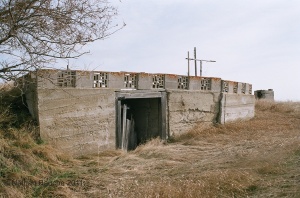 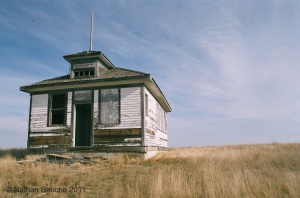 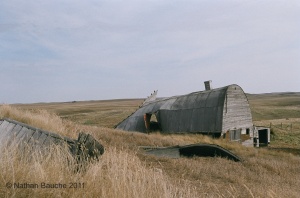